Merger refers to the joining of two or more companies to establish a new entity. On the other hand, an acquisition is described as the process of selling one company to another. M&A has a number of strategic advantages for the parties involved, including new market prospects, enhanced profitability, operational excellence, and so on. Get in touch with us for more information.

A merger is described as the joining of two or more companies to form a larger entity. One company will go out of business, while the other will absorb the former. For instance, if Company A and Company B merge to become a larger Company A, Company B ceases to exist.

On the other hand, acquisition is described as the process of selling one company to another. As an example, Company A buys Company B. Both of these companies exist, but Company A has management control over both of them.

In an amalgamation, both companies cease to exist, and a new corporation (with a new name) emerges. Firm A and B merge to produce a new company C and cease to exist as separate entities.

Reason behind Mergers and Acquisitions

Mergers and acquisitions are the path that firms are taking these days to achieve exponential growth and continue to attract attention. The Indian Merger and Acquisition market works in a similar way, and there have been several significant M&A deals in the banking, insurance, and telecom industries in recent years. As a result, M&A has become an important aspect of the Indian economy throughout time.

Furthermore, this has been shown time and time again. M&A is sometimes confused with mergers and acquisitions since both terms refer to the merger or acquisition of two or more companies. In terms of implementation, however, they are diametrically opposed.

The term "merger" refers to the coming together of two or more businesses to form a new entity. Furthermore, the merger procedure is carried out with the goal of boosting corporate growth and expanding the company's goodwill and reach. Acquisition, on the other hand, is the act of an acquirer firm purchasing a target company through a legal agreement. Companies choose M&A for the following reasons:

The following are some of the benefits of mergers and acquisitions: 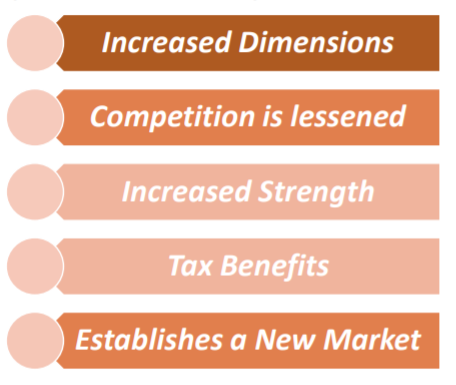 The M&A process aids corporations in boosting their net worth and operations, which would otherwise take years. Furthermore, these strategic tools aid in the increase of the company's stock price.

The newly created company's combined capital and reserves assist it in decreasing competition and achieving a competitive advantage.

The synergy created by combining two or more companies is powerful enough to outperform other market participants, ensure greater performance, and generate financial gains, among other things. Additionally, it makes acquiring a wider consumer base easier.

It also gives a variety of tax benefits to the entities involved. The losses incurred by one entity are offset against the profits generated by another entity, lowering the tax burden.

M&A improves sales chances because it brings two companies together. Aside from that, M&A can help a company expand its market reach.

Types of Mergers and Acquisitions in India 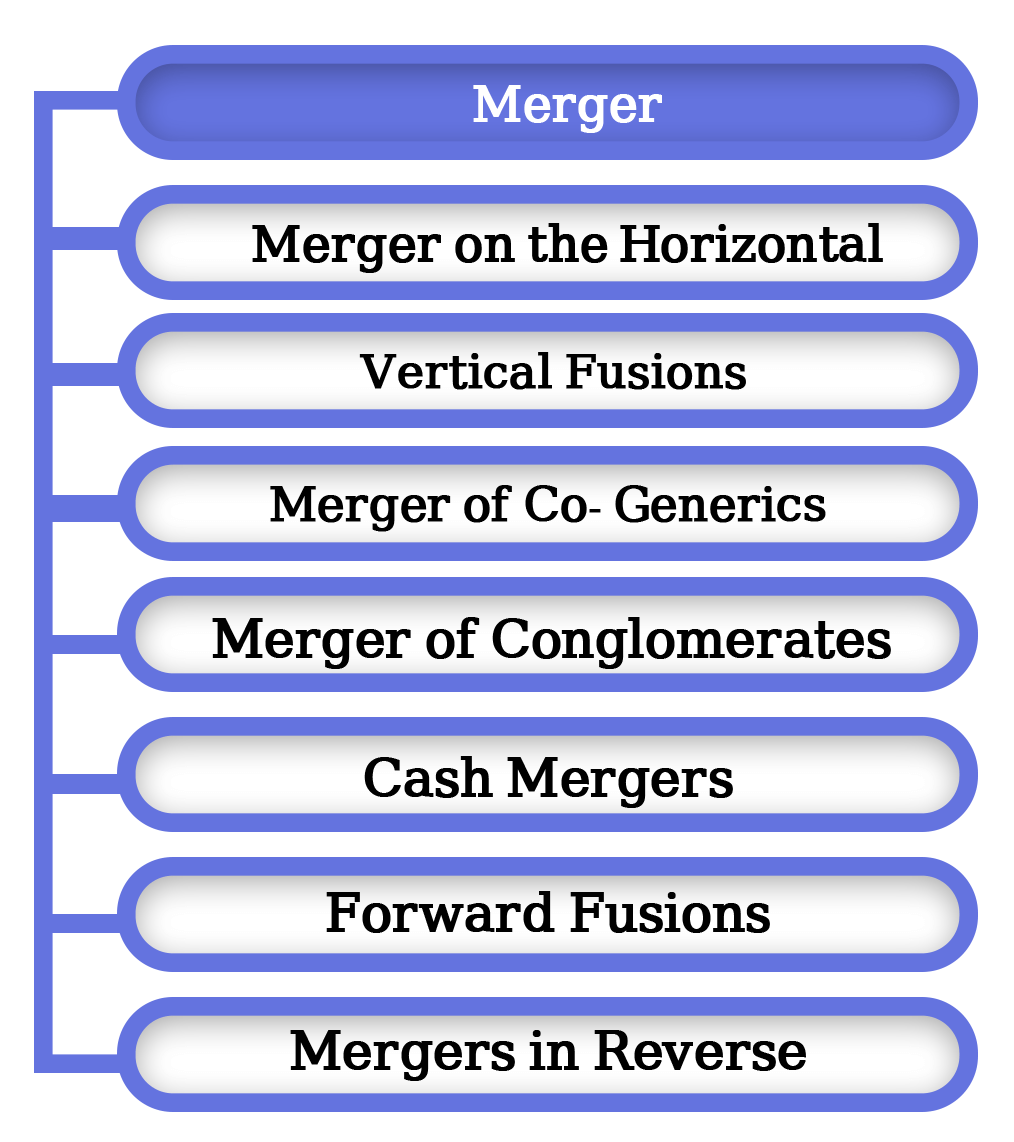 Merger on the Horizontal

A merger between two businesses that sell the same goods or services.

This form of merger occurs when two companies that deal in complimentary goods and services join forces.

A merger between two parties who are related in some way.

A merger between companies that operate in various industries.

A type of merger in which shareholders receive cash rather than shares in the amalgamated business.

When a company decides to unite with its purchasers, it is called a merger.

When a company decides to merge with its raw material suppliers,

The acquisition, often known as a takeover, entails the sale and purchase of an entire firm between the parties involved. An acquisition can take place in a friendly or hostile environment.

When at least two companies come together for a specific cause – such as to enter a new market or business, or to develop a new capability - that association is known as a Joint Venture. It could be for a set period of time or for an indefinite period of time.

Mergers and Acquisitions Process in India

The successful and comprehensive execution of a mergers and acquisitions process comprises a technique that is organised to maximise profit while minimising risk.

Steps to Take When Dealing with Mergers and Acquisitions in India 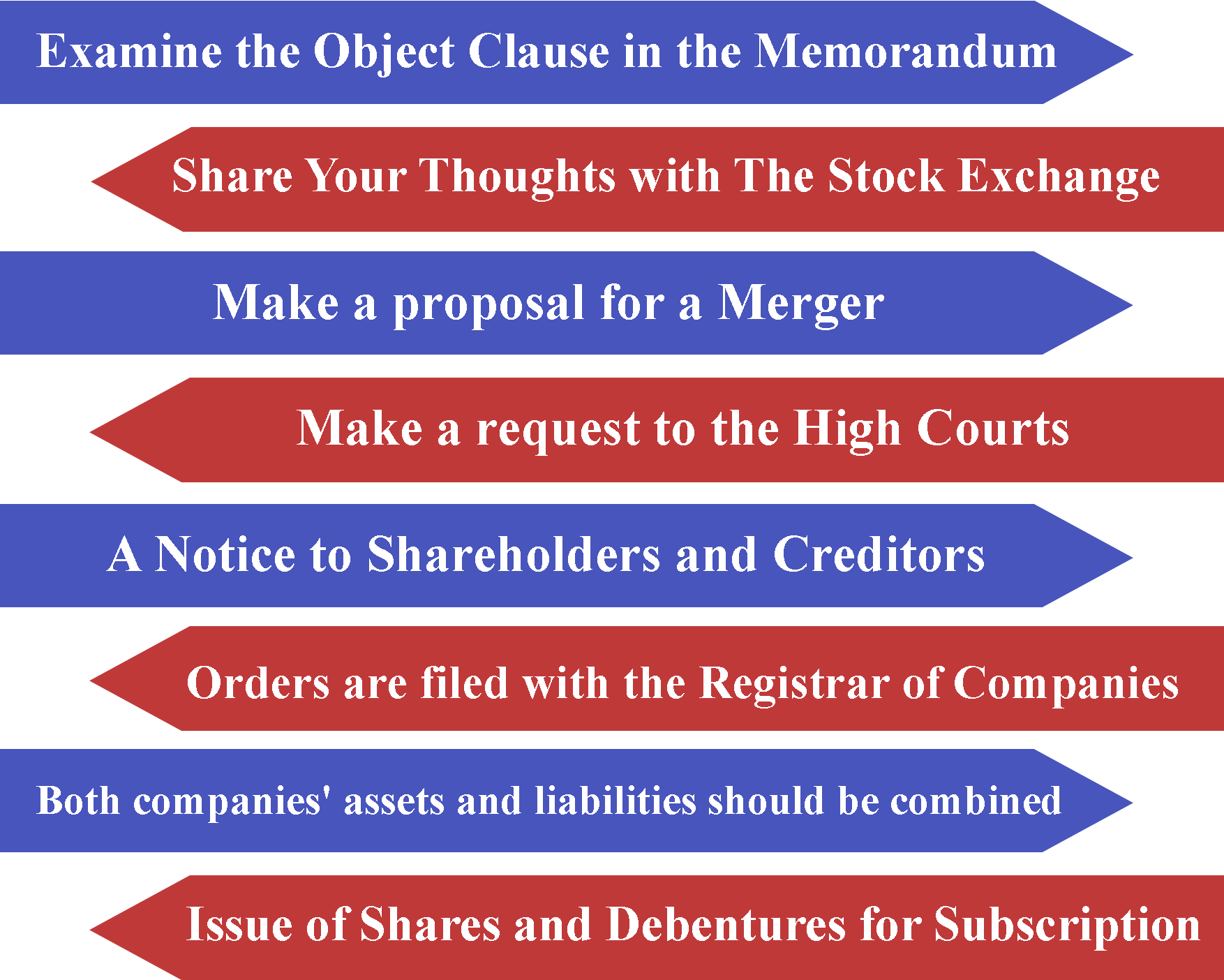 Examine the Object Clause in the Memorandum

When considering an M&A in India, the first and most important step is to review the company's memorandum of association in order to conduct a search and determine whether the merger authority is granted or not.

It's a good idea to notify the stock exchange that a proposed merger and acquisition is taking place and to transmit any essential papers, such as notices, resolutions, and orders, to the stock exchange within a certain amount of time.

Make a proposal for a Merger

The Boards of Directors of both organisations will present an affirmation on the merger proposal's draught and also approve a resolution approving key administrative personnel and other administrators to take the matter further.

Make a request to the High Courts

Following the Board of Directors' approval of a plan, merger organisations should file an application with the Hon'ble High Court of the specific state where the organization's headquarters is located.

A Notice to Shareholders and Creditors

With the High Court's prior consent, a notice of the upcoming meeting should be delivered to all of the organisations' investors and creditors, with 21 days of timely notification necessary. The announcement will be delivered in two papers, one in the state's vernacular tongue and the other in English.

Orders are filed with the Registrar of Companies

Within the time frame specified by the High Court, the genuine confirmed copy of the request for the state's High Court must be documented with the registrar of companies.

Both companies' assets and liabilities should be combined

The assets and liabilities of both organisations should be transferred to the combined entity.

Issue of Shares and Debentures for Subscription

When the merging companies are registered as a separate legal entity, they can issue offers and debentures after being listed on the stock exchange.

Mergers and acquisitions are a fantastic method for a company to grow, but they come with a lot of complicated stages and procedures that need to be followed by all parties involved in order to build the new company.

Before pursuing a merger or acquisition, there are a few things to think about

Before beginning the merger and acquisition process, keep the following in mind:

Determine your goals ahead of time

It is critical to pre-determine the Company's objectives in order to simplify the M&A process. Furthermore, it is vital to check whether the other organisation was successful in achieving the intended results on a timely basis.

It is the most important aspect of any M&A transaction. Both the acquirer and the target company must resolve all potential issues in advance, such as financial liabilities, deal price, asset sharing, and so on.

Various forms of taxes are levied depending on the nature of the industry, all of which are subject to ongoing regulatory oversight. The acquiring company gets an understanding of the target company in terms of transfer pricing, ITR filing, and other tax liabilities by completing tax due diligence.

The acquirer company must review all of the target company's insurance policies relating to intellectual property, employee liability, and general liability to see if they are beneficial to the company.

Difference between Merger and Acquisition 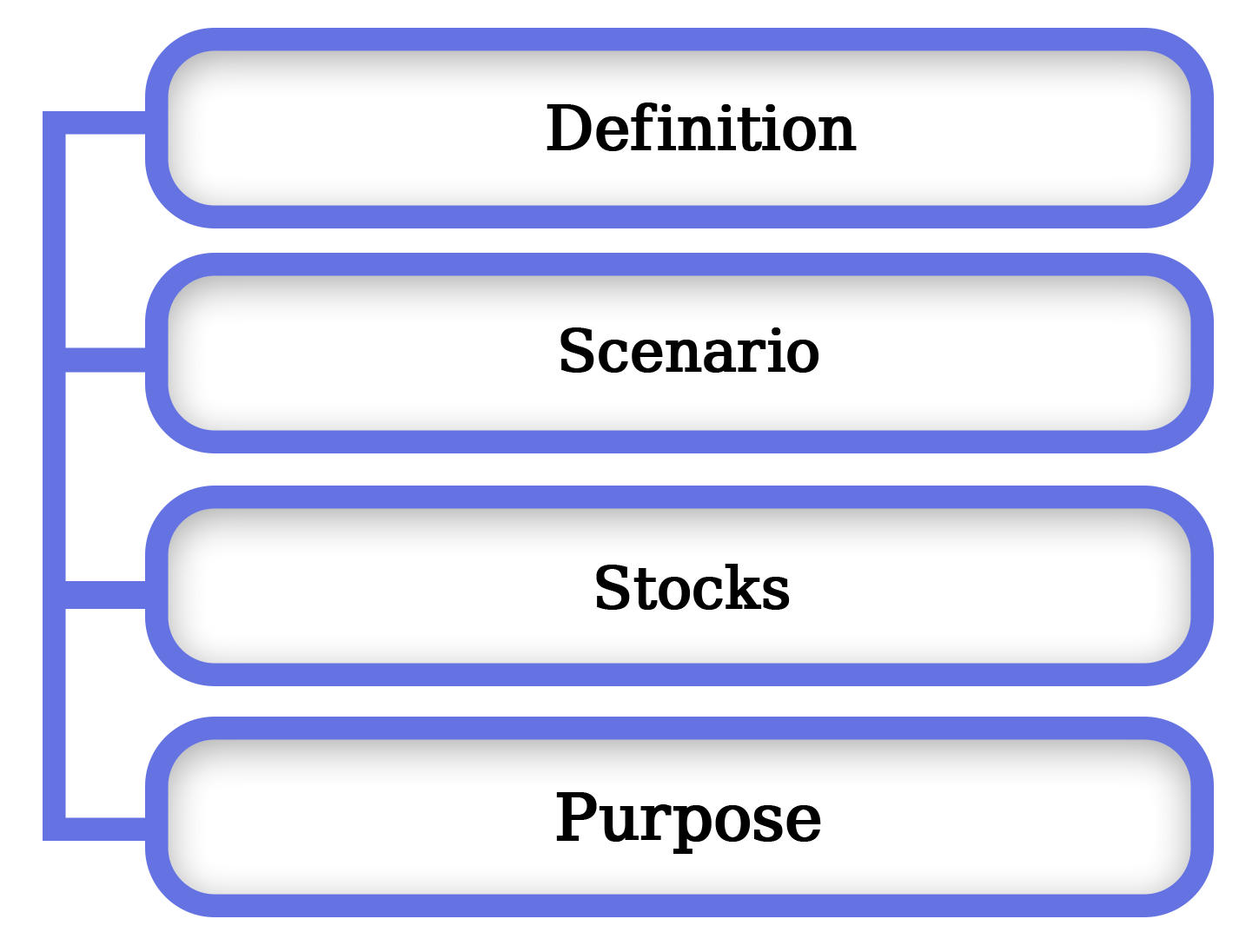 Merger is the term for when two or more entities come together to work as one.

Acquisition refers to when one corporation takes over the control and management of another.

Mergers are always planned and completed with the parties' mutual consent.

The merging company is given a new name.

The target company is not given a new name.

Two or more companies that work in a similar way are more likely to merge.

It's important to remember that the target firm is always smaller than the acquiring company in terms of size, operations, growth, and market.

The acquiring company oversees and monitors the target firm's operations.

For the merging firm, new shares are issued.

For the purchased company, no new stock is issued.

Legal compliance is increasingly important during the merger process.

In the acquisition process, there are less legal compliances.

The merger's primary goal is to reduce competition and improve operational competency.

The acquisition's primary goal is to gain immediate growth. 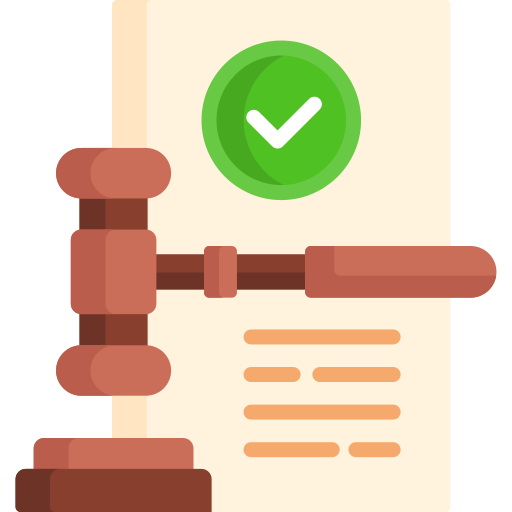 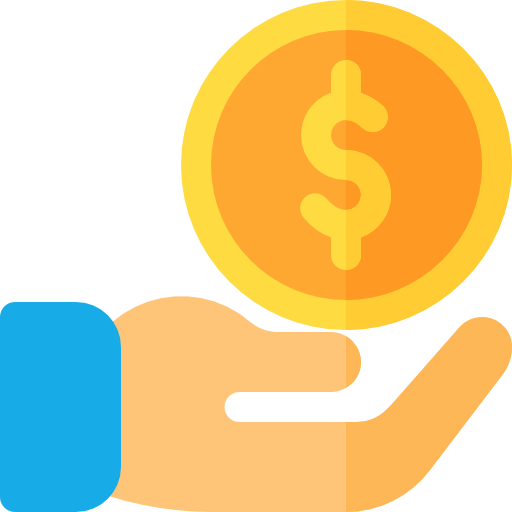 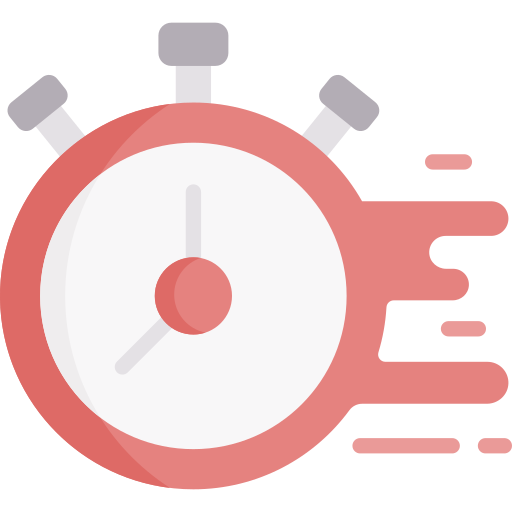 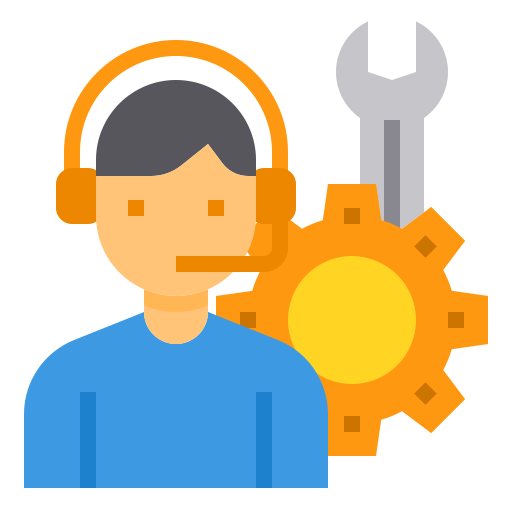 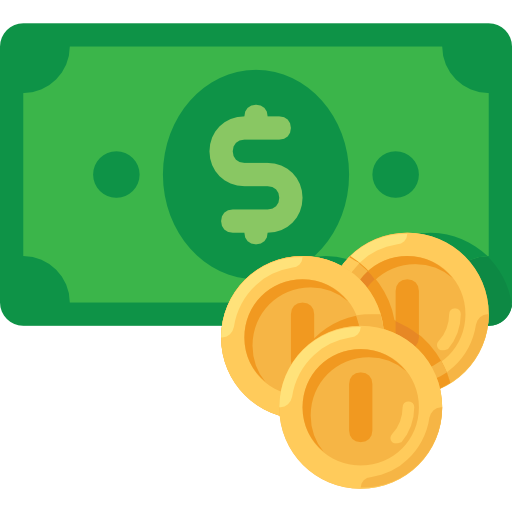 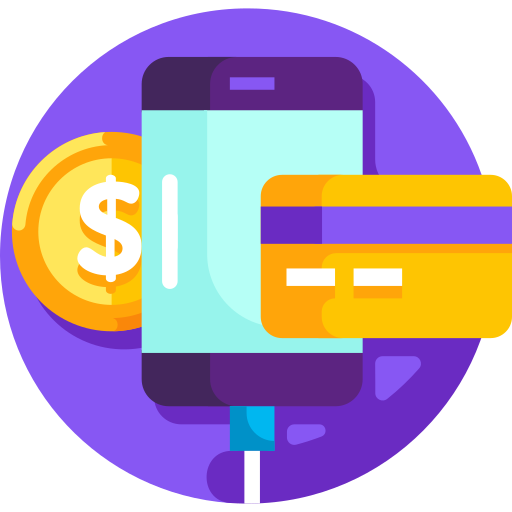 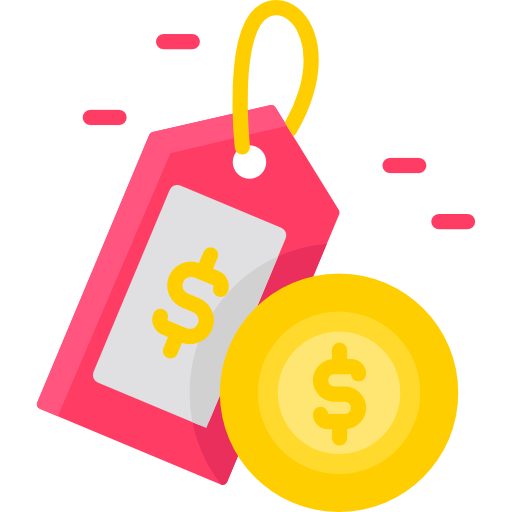 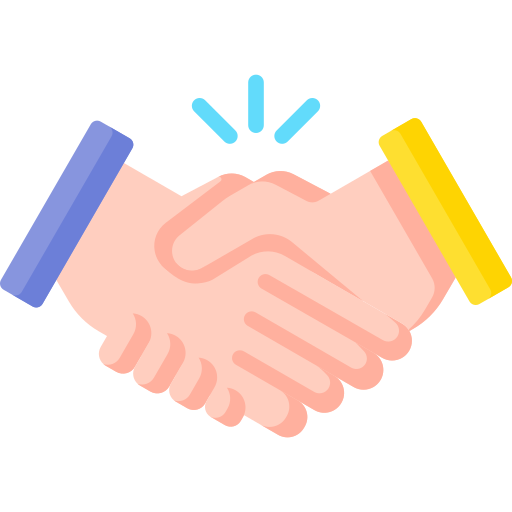 What does it mean to acquire something?

The phrase "acquisition" refers to the process of one corporation being taken over by another.

What does "cross-border mergers and acquisitions" mean?

The term "cross-border mergers and acquisitions" refers to transactions in which the acquirer is based in one nation and the target is based in another. 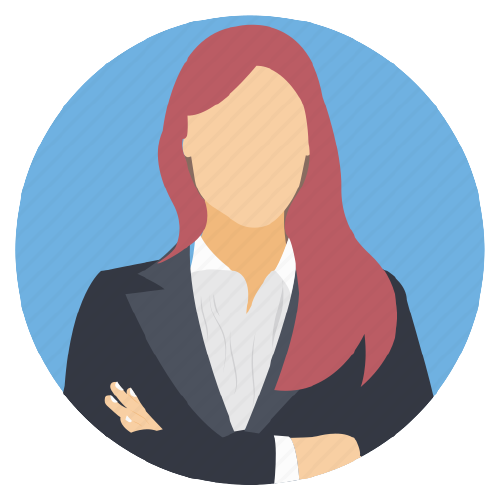 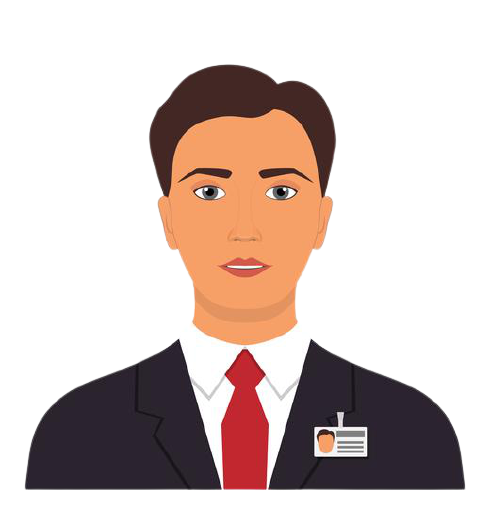