Home » All You Need to Know about Penalties under FSSAI Act

All You Need to Know about Penalties under FSSAI Act 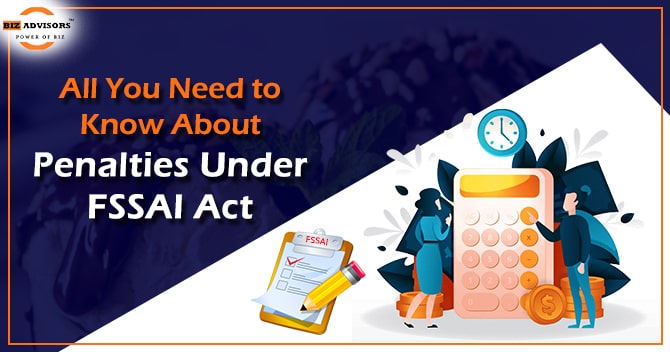 Introduced in the year 2006, the FSS Act was to provide for a consolidated law for the food industry. The act establishes the layout for standards of food products. It lays down the standards of food products to regulate the manufacture, storage, distribution, import, export, sale and other related items thereto. The standard put together is all science-based. The parliament enacted the said law to ensure the availability of safe and wholesale food for human consumption. In this write-up, Penalties under FSSAI Act will be discussed in detail.

The following article elaborated on Chapter 9 of the act that mentions the general provisions relating to an offence and penalty. The chapter also mentions specific offences and the penalty to be experienced for their conduct.

Penalties under the FSSAI Act

Under the FSS Act by the FSSAI, chapter 9 provides for the provision for offences and penalties.
The following are the penalties and provisions for non-compliance with the issued guidelines-

The section mentions how a manufacturer can include an injurious ingredient in their product and how it is determined if the ingredient included is injurious to the health of people.
The injury caused due to any of the mentioned reasons included both permanent and temporary injury. Anything not according to the section is to be considered an offence.

This section provides for the general provision in relation to the penalties for conducting an offence. The section deals with what an adjudicating officer should bear in mind while deciding on a penalty. As per the section the amount of unfair gain, loss caused or likely to cause, repetition of offences, knowledge of offence, and other relevant factors are to be considered while deciding penalties under the FSSAI Act.

The section deals with a penalty for selling food of a degraded quality as to what had to be produced. According to the section, anyone producing food products, not in compliance with the regulations made or the quality demanded by the purchaser, is liable for a penalty of an amount maximum of 5 lakh rupees. In exceptional case when the producer of the degraded quality food is covered under section 31, the penalty under this section for him should not be more than 25000 rupees.

The section provides a penalty for sub-standard food. According to the section any person himself or by another person on his behalf who manufactures, stores, sells, imports or exports or any other related activity of sub-standardized products that will end with human consumption is liable for a fine of amount stretching up to 5 lakh rupees.

Penalties under the FSSAI Act also include a penalty for misbranding food. According to the section any person himself or by another person on his behalf who manufactures, stores or sells, imports or exports or performs any other related activities involving misbranding of food products for human consumption are liable for a penalty of an amount not more than three lakhs. The adjudicating officer also issues a notice under this section, directing the corrective actions to be taken for his offence regarding misbranding.

Any food produced that contains extraneous matter, the producer or someone working on behalf will become liable for the penalties under the FSSAI Act.

According to the section, if a food business operator fails to comply with the direction issued to him by the Food Safety Officer, without any reasonable cause, a liability arises of a penalty of up to two lakh rupees.

A food business operator performing the manufacturing process in an unhygienic or unsanitary manner and not according to the prescribed standards, a penalty amount of not more than one lakh rupees is issued.

The Penalties under the FSS Act also provide for penalties of possessing adulterants and causing adulteration of food and liability of fine between the amounts of two lakhs to ten lakh rupees.

The said section of the act provides for punishment for manufacturing and distributing unsafe food as per the penalties under the FSS Act. The punishment under the section ranges from the imprisonment of six months to seven years and a fine ranging from one lakh rupees to ten lakh rupees, depending on the consequences of working with unsafe foods. It depends on the injury, non-grievous injury, grievous injury and death occurring.

Under section 61 and 62 penalties under the FSS Act for false information and for obstructing or impersonating a food safety officer  are given.

Penalties under the FSS Act for carrying out a food business without a license are given under section 62. Apart from a food business operator under section 31 of the act, anyone without a license is punishable with imprisonment for a term which may extend to six months and also with a fine which may extend to five lakh rupees.

This section, under the Penalties under the FSSAI Act, provides for offences committed by a company. As per the section, at the time of commitment of offence whoever is in charge along with the company is deemed to be guilty of the offence.

According to this section, any contravention to the provisions under this act or the rules and regulations provided, in case of import of food articles, the liability towards penalty arises not only under this act but also any other relevant Acts. The other laws may be the Customs Act and the Foreign Trade (Development and Regulations) Act[1]. The above mention section provided is what constitutes the Penalties under the FSS Act in India and regulates the food businesses in India. 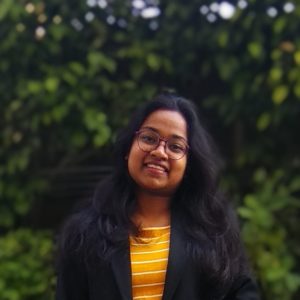 Srijeeta is a legal expert who is keen interested in the Corporate law and her research skills are commendable. 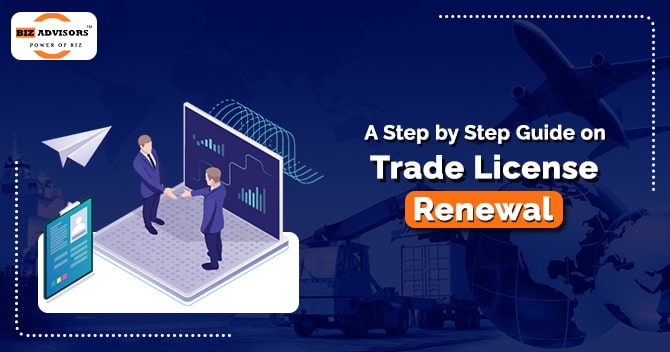 A Step by Step Guide on Trade License Renewal 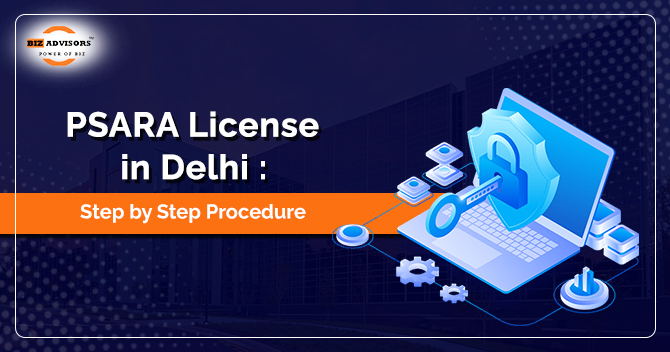